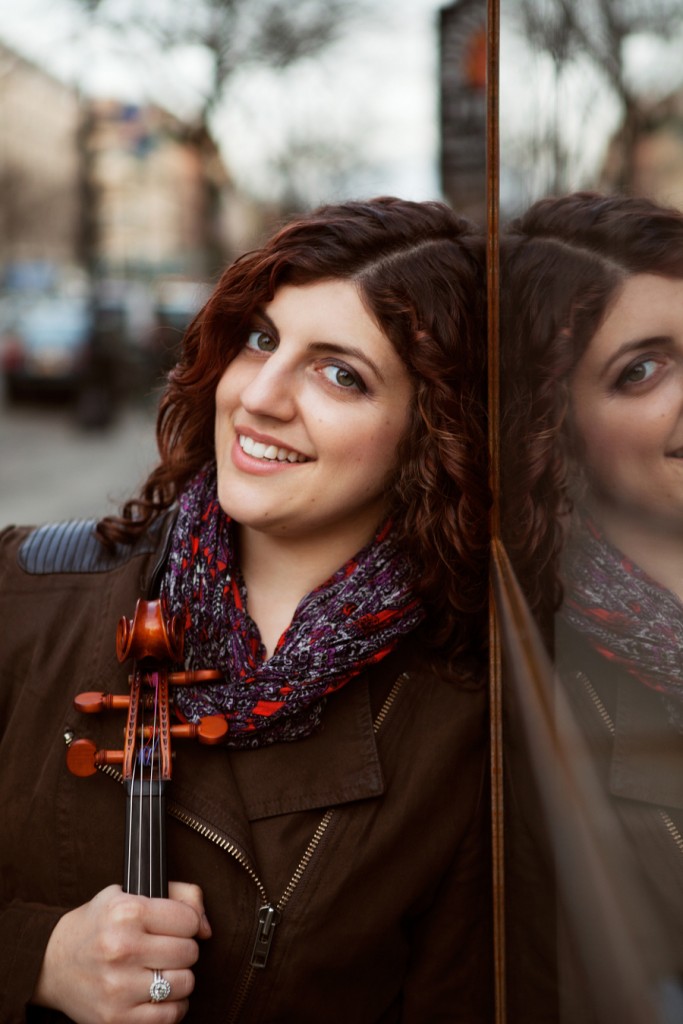 Festival appearances include Summergarden at MoMA, Sarasota Music Festival, and Spoleto Music Festival USA. As a chamber musician, Jen has performed in venues such as Carnegie’s Weill Hall where her performance was featured on NPR, Detroit’s Orchestra Hall, MoMA’s sculpture garden, and was a founding member of the contemporary ensemble Lunatics at Large, of which Allan Kozinn of the New York Times described as “young, energetic, and finely polished.” An advocate for new music, she has premiered dozens of works by living composers and is currently commissioning new works for viola and violin.

Jen made her orchestral solo debut in March 2013 performing the Hummel Potpourri for Viola and Orchestra with Ensemble 212 in Lincoln Center. She has also recorded numerous film soundtracks, pop/rock/jazz albums, and shared the stage with artists including Randy Newman, Dionne Warwick, Paul Shaffer, Jimmy Webb, Ashley Campbell, and Kenny Garrett.

Jen received her Bachelor of Music Degree with honors at the Mannes College of Music as a student of Daniel Panner, where she won the Low String Division Concerto Competition playing the Walton Viola Concerto as a sophomore. She continued her education at The Juilliard School studying with Hsin-Yun Huang, completing a Master of Music Degree at The University of Michigan with Yizhak Schotten where she won the String Division Concerto Competition performing the Bartok Viola Concerto in Hill Auditorium.

A dedicated teacher, Jen co-founded the Clinton Hill Music School in 2012 and initiated a scholarship program to provide free music lessons to students in need. She is also a teaching artist who taught violin to sixth-grade classes in East New York with funding from a grant from Community Works and worked with nursery school children at Mango’s Place in Clinton Hill for six years. Jen has been on the faculty of the Harmony Program, an El Sistema-based program, teaching group violin classes to elementary-school students and has been a teaching artist for the Brooklyn Philharmonic’s SmartARTS program.

Jen will be a violist in the 2019 Radio's City Christmas Spectacular starring the Rockettes and in City Center's Encores Gala run of Evita!